Here’s to the misfits…the ones who see things differently. Because the people who are crazy enough to think they can change the world are the ones who do. 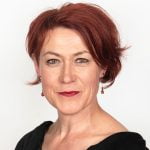 Professionally, I’ve worked in the cultural sector across art forms and regions of the UK for over two decades. Most recently as Director of Creative Development at the Traverse– Scotland’s new writing theatre – tasked with providing visionary leadership and strategic development.

I’ve worked with, and led, organisations as they undertake transformational change. I thrive on creating work and developing strategies with an outward looking vision that is simultaneously rooted in a sense of place. I’ve work closely around the place where theatre and film meet, both creatively and commercially, and have produced film versions of live theatre shows. Other focuses include community engagement, talent development and, increasingly, the adaptation of the cultural sector to environmental change.

I’m an experienced theatre producer. I’ve worked with companies including the National Theatre of Scotland as their Head of Producing and have produced a range of productions from large scale international co-productions to award winning mid scale touring theatre and site specific new work.

I’m a published and commissioned travel writer and for two years sat on the executive committee of the Outdoor Writers and Photographers Guild. As a playwright I’ve had work commissioned and produced in regional theatre, literature festivals and pub theatre. I’ve made short documentary films, and radio features while working and training with BBC Radio Bristol’s Social Affairs department. I am currently the Embedded Artist working with Creative Carbon Scotland and Climate Ready Clyde.

I am a Fellow of the Royal Society for the encouragement of Arts, Manufactures and Commerce, a member of Scottish Pen- a not-for-profit organisation which champions freedom of speech and literature across borders. 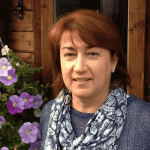 I started my career in banking before moving on to run the family business with my husband for 25 years. In that time we expanded the business from two working partners and myself, to the company it is today employing 25 people.

I gained valuable across the board experience of running a small business including all aspects of HR, finance, business legislation and development. The company has recently won awards, both locally for family business achievements, and also a national award from a major manufacturer.

In the last two years I have stepped aside from my role in the business to pursue my own projects. As an experienced bookkeeper, I now work with businesses in many different industries including hospitality, agriculture and a charity. This variety gives me a clear insight into the challenges of running small to medium sized enterprises.

I have a lifelong interest in the Arts. My family’s creative gene has manifested itself in me as a keen florist. I have completed three years City and Guilds training and enjoy creating designs for family and friends as well as working with several brides creating wedding flowers and bouquets. I am also a keen handicrafter and enjoy spending time in my newly built ‘Sewing Shed’.

My husband and I are both self confessed ‘Italiaphiles’ with a love of the art, architecture, cuisine and culture of the country. On our most recent travels I have enjoyed researching local patron Saints and am fascinated how their lives and deaths have influenced the religion and culture of local communities. I am looking forward to further research on this in the future.

I have two grown up daughters and two naughty cats! 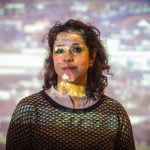 Sara Stroud is an artist and part time lecturer. She works mainly in film and archive footage and is fascinated with ideas of inheritance, memory and what we leave behind.

Sara graduated in Fine art from Edinburgh Art School in 1997. Her background is in traditional painting, but she was seduced by her first PC and now only films and edits her art works.

Much of her art uses found objects and she creates objects and installations weaving film and sound into the final experience. Sara is presently working on a personal documentary sharing her mother and grandmother’s stories with her own life.

Sara lives in Aberdeen with her two daughters and during the Covid-19 pandemic she has collaged a travel wall, braved the North Sea weekly and painted a lot of stones.