The Last People on Earth 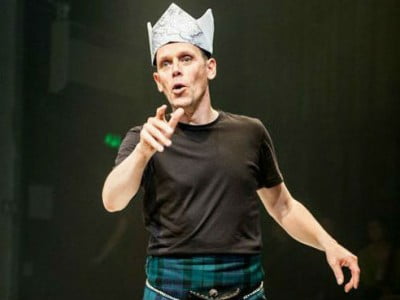 Andy Cannon has been writing, performing and directing performances especially for children and their families for over twenty five years. As part of the Scottish International Storytelling Festival, Andy presented Tales of a Grandson; the story of Scotland’s past through the eyes of a ten year old boy on an odyssey with his grandfather back in the summer of 1973. Together they travelled in an Hillman Imp to many locations in both time and space in our nation’s past.

One particular brief excursion on that epic journey has continued to intrigue him; the battle of Mons Graupius, a celebrated encounter between the Caledonians and the might of the Roman Empire. Mons Graupius has captivated historians and antiquarians for hundreds of years – not least because exactly where in the North East of Scotland the battle occurred is still a matter of intense scholarly dispute to this day!

We’ve been working with Andy, and making connections in the North East, to help develop The Last People On Earth, the story of Mons Graupius which will bring together storytelling, original music and the latest archaeological discoveries to try and unearth a fragment of truth about a day nearly 2000 years ago that – arguably – shaped a nation.

Andy’s undertaken an Artist in Residence with the University of Aberdeen’s Museums and Special Collections department and led workshops on sharing history through storytelling.

He’s been on a road trip around North East Scotland, talking to residents, academics and local historians along the way, as well as performing a work in progress event.

Here’s what Andy has to say about The Last People on Earth:

Mons Graupius has captivated historians and antiquarians for hundreds of years. The Roman historian Tacitus told of Calgacus, leader of the Caledonians and his celebrated address to his warriors on the eve of the battle of Mons Graupius. This heroic call to arms has echoed down through the subsequent two thousand years to the present day – while arguably shaping many a nation defining deceleration in its wake.  Yet how many of the descendants of these heroic North Britons have even heard of Mons Graupius, Calgagus or their forefathers ultimate glorious defeat at the sword of the mighty Roman Empire?

Audience feedback from the work in progress sharing

Can’t wait to see the final production.
Exciting to see the early development of this show
Would love to see the full show.

Open Road is now working with Andy to transform The Last People on Earth into a full show. 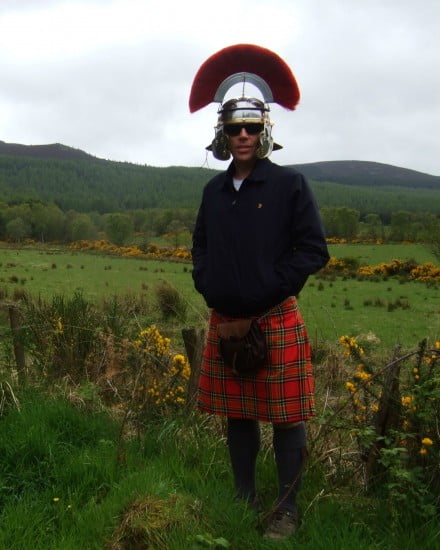 Andy Cannon has been writing, performing and directing performances especially for children and their families for more than 25 years. Back in 1996 he set up the Wee Stories Theatre Company with the simple idea of bringing a traditional storytelling approach to the traditional theatre setting.  Through collaborating with many leading musicians, dancers and visual artists they were able to create and develop a direct theatrical storytelling style with a genuine audience engagement that proved to be extremely popular with both young and old. More recently he has been developing this style of performance by working in more intimate settings as an independent storytelling artist.

Supported by The Doric Board.